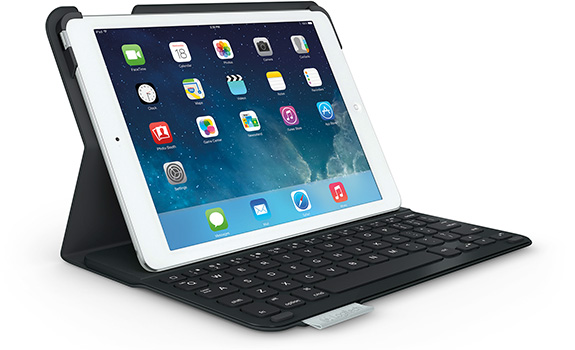 I recently purchased this keyboard case after my wife had bought the older ‘New iPad’ version for hers and really liked it.  The original case that she uses is far thicker and heavier, but does make a nice keyboard case for her.  I have gone through three or four various keyboard cases, including the Belkin QODE Slim Style Keyboard and Case for iPad Air, the Trent Airbender 3.0 New iPad Air Case Cover and the ZAGG PROfolio+ Ultrathin Case.  All were adequate, but none really worked for me.  Too heavy, too awkward, too limited (in position/angle) or too vulnerable, I just couldn’t get happy with a keyboard case.  This is not a terrible thing, the iPad Air is a great device on it’s own, without a keyboard.  I was totally comfortable with that, until an episode while traveling for my company, Office Equipment Company, that convinced me to try one more.

While I was in Portland installing a new PC for a customer, I was called by my boss and told that one of my mail servers was having serious problems.  A reboot hadn’t solved the problem and it was time for me to get in there and fix it.  I ended up pulling into a Starbucks with my iPad and sitting/squatting at a crowded table trying to troubleshoot using Panic Softwares Prompt 2.  While the software worked excellently, and the iPad was a savior at the time, the smaller display for Prompt while the onscreen keyboard was displayed made it very hard to read, especially with a little girl kicking the table legs.  Long story short, I was able to get the server repaired and finally began the trip home after about an hour of work.

The Logitech Ultrathin Keyboard Folio was my choice to try next.  The decision was made FAR easier when I stumbled across a sale in a store that took it’s $99 normal price down to a much easier to digest $60.  As of today (2014-12-20) the price on Amazon is an affordable $65.61.  It comes in several colors, I ended up with a Navy Blue exterior with a Red interior, which is jazzy at least.  I’m a pretty bland person when it comes to colors, but the contrast is nice, really, and with my white iPad Air 32GB I ended up with a nice patriotic (if you’re American) flair.

The case is solid, with strong magnets for sleep mode and holding it together when carrying closed.  Sleep mode is REALLY important to me, I just like having the iPad sleep and wake just by opening and closing the case.  I find it annoying that so many cases don’t actually include that feature.  There is also a good magnet that ‘snaps’ the iPad against the keyboard top edge for typing.  Balance in that position is really good.  Many keyboard cases are back heavy and want to tilt back farther (as in, off your lap) when trying to type, but this case keeps the weight pitched towards you, making it far more stable than I expected.

One feature of this case that I really like is that it folds across the top in a way that covers the keyboard, rather than having it flipped behind the iPad when being used as a normal tablet.  This means you can get away with leaving the keyboard on and asleep while you are playing games, cruising the web or whatever else you may do without a keyboard.  The weight is excellent.  It’s definitely heavier than a normal case, but with it’s shape and feel, it feels comfortable to use the iPad folded for tablet only use without a lot of fatigue or noticeable extra bulk.

The keyboard itself is supposed to have a battery that will last several months with normal use (about 1-2 hours a day).  I haven’t had the case long enough to be able to get a feel for battery usage, so your mileage may vary.  The key layout is good.  It uses an island arrangement with good space between keys and an almost ‘normal’ sized keyboard feel.  There are many special functions included on the keyboard, including volume, lock, home, search, web and the other normal special keys you come to expect on these keyboards.  It has a Function, Alt and Command key on the left and a Control key on the right, along with a set of direction keys that are well laid out.  The oddity with the keyboard is that the A key is shifted somewhat to the left and oversized, basically replacing the Tab key.  This makes the keyboard roomy with good spacing and size of keys, but kind of oddly offset to the left.  It takes getting used to, but I’m getting the hang of it quickly.

Overall, I really really like this case, and recommend it.  I’m finicky and tend to switch between different cases pretty quickly, but I think I’m in on this one for the long haul.  The convenience of the keyboard and the well-designed case combine to be about the ideal if you need a device that combines the use of a tablet and a micro-laptop. 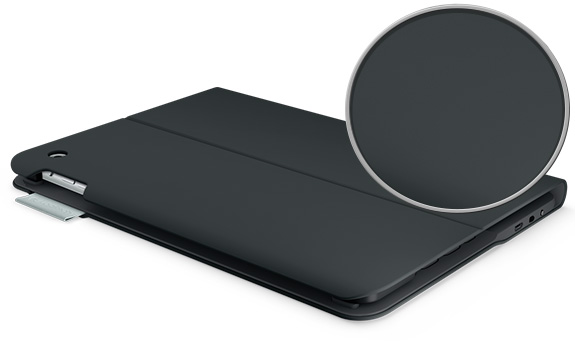 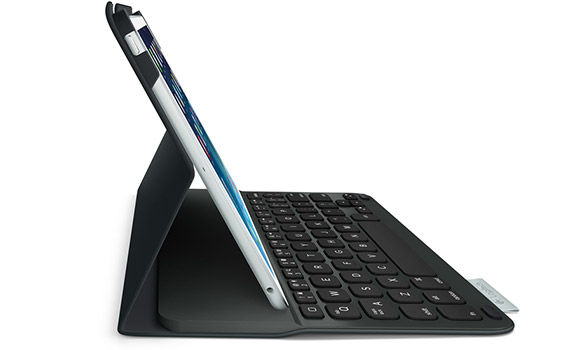 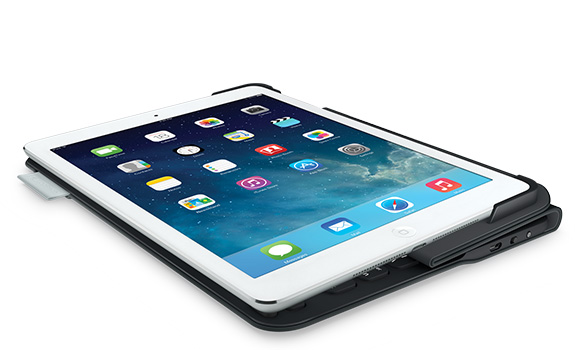