Panics Status Board fades – does GetCastor.com pick up the baton? 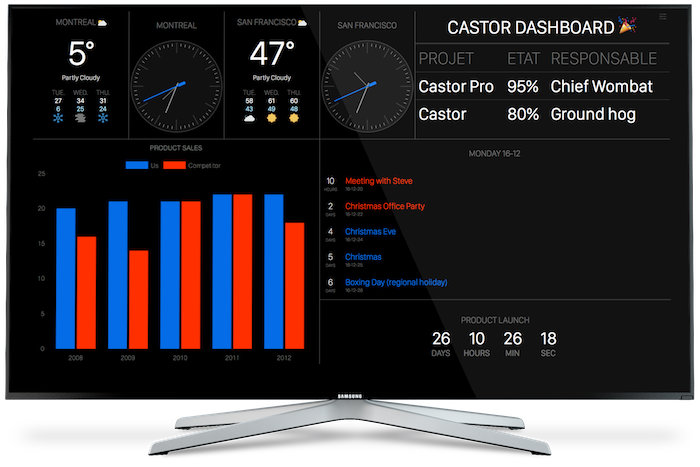 In July of 2013, I wrote my first blog entry on this site.  It was about a Panic Status Board compatible CSV file script for Postfix mail queues, something I wanted to have to be able to track my mail servers.  I could watch them while Status Board ran on my iPad, keeping an eye out for spikes that would generally mean a hacked password and spamming, but also just giving me an idea of general health of the servers.

Status Board has been closed down.  As sad as that is, I believe they probably made the right choice.  It needed real work to be useful, there was little money in it, and it was really only useful for geeks and such.

Now, we arrive at getcastor.com. I’ve been fiddling with it for a couple of weeks now and overall it has great potential as a replacement for Status Board.  For one thing, many of the CSV files already created in scripts will work with little tweaking on Castor.  Because it’s a web page instead of an app, I can share the console with others in a ‘read-only’ way.  The interface is a bit odd in places, including scaling vs. screen size and some of the options need some work, but it’s a good start.  I’ve already found that the folks behind it are helpful, excited and willing to work with you.

I expect to be adding quite a few scripts in the near future for Castor, and will be publishing them here.  I hope they help others, but of course so many will be related to how I work instead of how some normal person does!

The New Top-Level Domains – Why I (kinda) Hate Them